British actress known for her role as Ginny Weasley in the Harry Potter films. Head and founder of the Bon-Bon-Lumière film company, director, screenwriter, and producer. 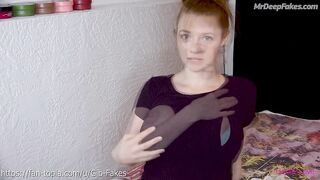